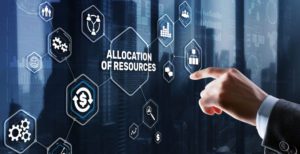 In the 1980 presidential election debates, Ronald Reagan began his famous quip, Well . . . There you go again! Sometimes it seems we cannot learn from our mistakes. Today I will connect some dots of seemingly unrelated ideas and decisions that have made life in these United States more difficult in the past 14 years and threaten to cause even more damage.

In 2008-09, the brainy but unwise Ph.D. economists came up with the Zero Interest Rate Policy or ZIRP. Although Congress through the Dodd-Frank banking legislation put the brakes on all bank lending, the Fed said ZIRP would revitalize the economy in no time.

Why did we have the slowest recovery in our recorded history? Only Billionaires who did not need the money could qualify for the 0-2 percent loans. As much as President Obama talked about rich getting richer and poor getting poorer, that is exactly what happened during his residency in the White House.

As time went on, the economy oozed its way back toward normalcy. The worst effect of rewarding all borrowers and penalizing all savers by low interest rates was the resulting misallocation of resources. Low rates allow poorly run businesses (including major corporations) to continue to live and suck up capital that would be better allocated to new and better thriving ones. Some of these are nicknamed Zombies, companies that are walking but should be dead.

MarketWatch on June 24 gave us three examples to watch: Carvana, Freshpet and Peloton. The telltale signs of a corporate zombie are lack of any cash being generated from its business, especially for a period of years.

Carvana (CVNA) has lost almost $2B of cash in the past year. It has never generated any positive cash flow since it went public in 2017. If not for cheap loans, it would already be bankrupt. As interest rates rise, its very existence will be more in question. Peloton (PTON) apparently lost over $2.2B of cash in the last year.

How might we extend another mistake involving capital? After WW II, the GI Bill worked so well that we decided every last red blooded American youngster should attend college. Since they all were not in the military, we began student loan programs to make it possible. That spawned a whole new complex similar to the military/industrial complex, the modern college and university industry.

Government funding made it possible for many students to attain their Ph.D.’s in Anthropology, Art History, and other disciplines such as investigating why chimpanzees throw their feces (funded with over $500,000 by our tax dollars). These people usually get jobs in colleges or universities funded by borrowed student tuition money.

If only the free market decided what studies we should have and funded education leading to productive work, we will have more plumbers, electricians, carpenters—you know, those people that are pretty scarce these days. But President Biden wants to make it easier for all students who have borrowed not just for tuition, but for cars and living expenses, to pay 5 percent or less of their discretionary income toward their loans.

Example? Recent graduate gets a job making $50,000, but has $50,000 in student loans. Discretionary income equals $20,000. At 5 percent, the monthly payment will be $330 for 20 years. But the graduate should only have to pay $83 a month, or 5 percent of the discretionary income. Guess what, the loan will not be paid off within 20 years and we the taxpayers will be stuck with the unpaid balance. Does that sound like a good use of our capital to you?