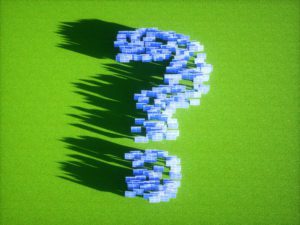 This past week on a straight party line vote, Democrats passed the Inflation Reduction Act. Among other things, the law will attempt to fight climate change and lower carbon emissions here in the US at a cost of roughly 370 billion.

As someone who believes in the importance of stewardship, I do worry about the condition we are leaving the planet in for my kids and grandkids. That’s why I fully support the replacement of fossil fuels with new forms of sustainable energy. The key word however in that statement is “sustainable”. For an energy source to be sustainable it must not only be renewable, it also must be economically viable. That is the part too many environmental zealots seem to not want to acknowledge in their desire to save the planet.

I will openly admit I do not consider myself to be an environmentalist. I’m more of a pragmatist, and a capitalist. Not because I believe climate change is a hoax, but because I believe the free market is the only way in which it can be solved.

I wish it were true that an altruistic desire to create a cleaner tomorrow, paired with governmental foresight and planning would be enough to successfully ween ourselves off of the carbon-based fuels that have been the lifeblood of our economy for more than 100 years. It’s not true however. Anyone who claims otherwise, in my opinion, are either living in a dream world, or are on the receiving end of all the government pork currently being handed out in the name of the environment

Throughout the history of mankind technology innovations have always come from the minds of those who wish to economically benefit from creating solutions to a problem. The free market is the most efficient way of encouraging such behaviors. The trouble with how we are seeking to solve this issue is rather than relying on a capitalist system that demands results, and forces companies to survive on their merits, we are instead artificially propping up certain companies and industries that we want to succeed with public money. Thus, making them appear more viable than they may actually be.

In my opinion, this lack of a “survival of the fittest” system is actually slowing the growth of true renewable energies being developed because companies are not required to compete on a level playing field. Green energy companies don’t have to convince the public to choose their product over others, they merely have to convince a few bureaucrats to.

This makes our job as investment advisors even more difficult when trying to ascertain the true value of these types of companies. Because many factors of a company’s health, such as profits and revenue are being artificially inflated by government incentives and subsidies, it is hard to know which of these companies are the real deal and which ones aren’t.

This dilemma isn’t stopping private investors however. This type of government intervention can actually make these companies attractive to some venture capitalists because government is often a much more predictable and consistent revenue stream than consumers, who must constantly be convinced to choose their offerings over others. However, the danger of investing in industries financially reliant on a government that is over 30 trillion dollars in debt for their survival is also quite obvious.

I am less than optimistic that the great jobs and increased wealth that politicians in Washington have promised will arrive with a green revolution will actually come to fruition. At least not in the way they say it will. I believe only once the problem of climate change manifests itself in a way that the public demands solutions will they appear. Even then, it will be the free market that ultimately provides them.