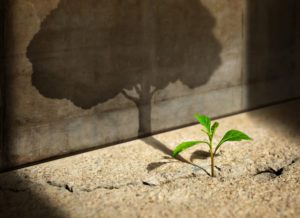 A little over a year ago, my wife and I were in the market for a new vehicle. Our kids were getting older and we found our sedans were just not large enough for our needs and purchased a newer SUV. We no longer needed one of the cars, but it still ran well and we decided that rather than trading it in, we would bless someone else with it.

After considering several options we offered it to our pastor, whose daughter would soon be turning 16. However, despite our intention to gift it to them, I told our pastor that we wanted her to pay for the car. He looked at me quizzically and I explained that it had nothing to do with the money, and we would donate right back the church whatever we received for the car. I just felt unless the car cost her something she would not value or appreciate it as she should. We ended up agreeing to sell her the car for a few hundred dollars, which was probably around a 90% discount off the fair market value, but for a 16-year-old just starting her first job it was probably her life savings.

I tell you this story not to brag about our generosity but to hopefully communicate a financial truth that has been forgotten by too many, particularly in Washington. That truth is, there is no value in free.

It is simply human nature to hold in lower regard things you receive that you have not earned. I have experienced that in my own life. When I lived with my parents, the things I was given were not taken care of or appreciated as they should have been. The roof over my head, the clothes in my closet, the stuff on my shelf were all undervalued. I basically subscribed to an “easy come easy go” philosophy. However, once I was paying for these things myself, I started viewing them differently.

Ironically it is the many blessings we have as a nation that has led far too many of us to develop the curse of an entitlement mentality. I see it personally in my own kids who expect a trophy regardless of their performance on the field. During the later stages of Covid, I saw it as people demanded extensions of unemployment benefits despite a high prevalence of available jobs. As we speak, I also see it as many demand the taxpayer foot the bill for student loans they have acquired.

This perspective is harmful, not only to a society but to the individual who subscribes to them as well. According to award winning pediatrician, and writer Dan Brennan, this sense of entitlement can lead to mental illness, difficulty in relationships and general unhappiness. Perhaps this is why a recent galop poll showed Americans have lower levels of overall happiness now, than at any time previously measured.

We have unfortunately developed a mentality that if it’s hard, it should be made easy. If we face obstacles, it’s someone else’s job to remove them. I’m sure some may call me uncompassionate for saying this, but pain is good. Pain teaches us what not to do. It corrects our bad behavior, and helps us to appreciate the times when it is absent from our life.

We used to be a society that believed in hard work and self-determination. We took pride in the idea that while we all face challenges, and need help from time to time, we ultimately get to be the author of our own life story. I believe it is time we get back to the recognition that nobody is going to fix our problems for us and start embracing the challenges we face as lesson’s not yet learned from God.

As Molière once said, “the greater the obstacle we face, the more glory we receive in overcoming it.”