The dangers of investing in “the next big thing” 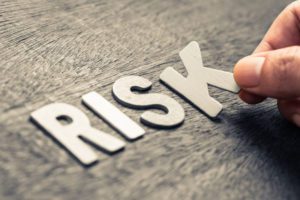 Recently the crypto industry was rocked to its core with the collapse of the third largest cryptocurrency exchange in the world FTX, and the still developing scandal revolving around the alleged securities fraud committed by its founder and CEO Sam Bankman-Fried. With a value as high as 32 billion weeks prior to its collapse federal authorities including the SEC and Justice Department are now investigating the company and its leaders for wrongdoing. In the aftermath of this monumental collapse, confidence in the legitimacy of the whole crypto industry has been shaken, and only time will tell if it is able to recover.

Prior to his rapid fall from grace, Sam Bankman-Fried was held by many to the same level of credibility and admiration as other recent tech company founders such as Elon Musk, Jeff Bezos, or Mark Zuckerburg. That, however, is the danger of allowing the cult of personality to determine your investment strategy. For too long I feel there has been such a belief in Silicon Valley and the promises its tech leaders make, that common sense and skepticism are cast aside by investors looking for the proverbial shiny object these individuals offer. 2022’s disappointing year in the market should serve as a wake-up call that not all promises made by flashy tech companies are kept, and the potential of these types of companies is not always realized.

This is nothing new of course. Coming of age in the late 90’s I remember very clearly how people at that time believed that any company with a .com after its name was destined for a meteoric rise in growth and value. In retrospect, it should have been obvious to investors that the business models of some of these companies didn’t pass the smell test. In reality though, greed can often be quite blinding. This week I thought I would take you on a trip down memory lane and highlight some of the companies from this time period that never met the expectations of its investors. Perhaps you will see some similarities in what happened then, to what has been happening in 2022.

Older millennials and Gen Xer’s I’m sure remember the sock puppet star of Pets.com ads that seemed to run day and night in the late 90’s. Apparently the cuteness and wit of these ads blinded investors to the simple fact that shipping 50lb bags of dog food wasn’t very cost effective and would lead to far higher prices than people could find at their local mega mart and the companies ultimate failure.

If you believed product delivery was the next big thing, but had no pets, Webvan or Kozmo might have been more your cup of tea. Webvan was a grocery delivery service, while Kosmo delivered DVD rentals. Both promised to deliver their wares to your door in less than an hour, and both failed miserably despite investors dumping billions into them.

Retail wasn’t the only place where investors who saw the potential of technology companies lost big by betting on the wrong horse. Precursors to today’s social media giants like GeoCities and MySpace held valuations in the billions that never materialized. These companies learned the hard way that internet users can be quite fickle and abandon your service for a new one overnight. (are you listening Twitter?)

Looking back on the early 2000’s and the ridiculous valuations some start up companies were receiving based on their unrealistic growth trajectories, it should have been obvious to investors that the bubble was destined to pop. But when you think about it, were any of these idea’s any less credible than companies today that claim automobile vending machines or space tourism will succeed? Or how about the idea that the solution to higher gas prices will be an electric car that costs around five times as much and have parts that when replaced cost more than a brand-new combustion engine vehicle? Maybe once we’re all using a digital currency that isn’t recognized by a single sovereign nation, and that actually doesn’t exist outside of your computer they will become more affordable.

Much like they did in the early 2000’s I think people are coming back to their senses and realizing new doesn’t mean better and potential alone doesn’t lead to profits. Perhaps, that is why since January 1st, the Dow Jones Index made up of more old-school companies with old-school strategies have lost around one-fifth what the tech focused Nasdaq has. Perhaps there is something to still be said about being old-school.