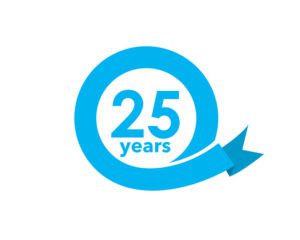 At Stewardship Capital we recently celebrated our 25th anniversary in business. Before 1997, the idea of an independent advisor actively managing the portfolios of clients who were not high-net-worth was quite rare. (Honestly, in many ways it still is 25 years later.)

At that time most individuals invested their money by purchasing investment products from brokers who earned a commission on the single transaction. Rarely, if ever, were these investment allocations changed, regardless of what was happening in the market. It was this belief that portfolio holdings should be adjusted as market conditions change that served as the driving factor in Ron Finke’s decision to found our company at that time.

The various celebration we have held over the past couple of weeks have caused me to pause and consider the sheer number of significant financial events that our clients have experienced over the past 25 years including the downturn we currently are in.

I thought today I would provide a look back at just some of the many times since Stewardship Capital was founded where things looked quite bleak and what happened shortly after those times of great pessimism.

I will begin in the year we were founded 1997. Driven by fears that an Asian financial crisis could lead to a full worldwide economic meltdown. On Monday, October 27 1997, the Dow Jones fell by an astonishing 7.18% representing the 10th largest single day decline in the index’s history.

Those fears ultimately subsided as a new technological innovation called the internet took the investing world by storm leading to the Dow jones crossing the 10,000 mark for the first time in March of 1999, only to pass 11,000 a mere 24 days later. After several years of speculative growth, the bubble finally burst in 2001, as the tech focused Nasdaq fell by almost 80% before reaching its bottom in 2002.

Throughout the rest of the decade the market continued to grow leading to a belief that the good times would never end. (This, by the way, is never a good formula for responsible investing behavior). That all came to an immediate stop in the fall of 2008 when our nation was thrust into, quite possibly, the greatest economic threat to face our nation since the great depression of 1929.

After the declaration of bankruptcy of Investment Bank Lehman Brothers Wall Street watched in horror as we all learned that the entire financial system was in danger of collapse due to irresponsible mortgage lending processes that had been going on for years.

While the market ultimately recovered all its losses and more over the next decade, it was not all smooth sailing. The teens had their own fair share of significant declines driven by various events of those times including the Greek financial crisis, the Ebola scare, Brexit, and the US/China trade wars of 2018. As we entered 2020 things were looking up. Markets were at all-time highs and reasons for optimism were plentiful.

However, within weeks of the new year reports of a mysterious virus sweeping through China began getting a lot of attention. By March markets had lost over 20% of their value and the nation was once again in financial panic. While the Covid virus itself has shown its ability to linger, the market losses it had created only lasted a few months before bouncing back with a vengeance.

Now here we are, less than three years later, in the middle of yet another significant decrease in the market. This time it has been driven in large part, by inflation fears and concerns of a slowing economy brought about by reckless government spending, and too few goods being chased by too much money.

This past year of market volatility has undoubtably been a source of stress for a great number of you reading this column. However, while it is never fun to lose a significant portion of your account balances during a downturn, one of the lessons I have learned over the past 25 years is no matter what is happening at the moment that makes it feel like the markets will never recover, they usually do. Often quicker than you might expect.

While I still believe a slowing economy and continued recession is likely going into 2023, there is a saying amongst advisors that “no investor has ever regretted buying a dip in the market” Yet in the moment most investors are afraid to do so. But, for those who continue to trust in the US economy and power of capitalism to create wealth, their faith is likely to be rewarded in the future, much as it has been for the past 25 years.