Ditch the FIRE for the FLOP 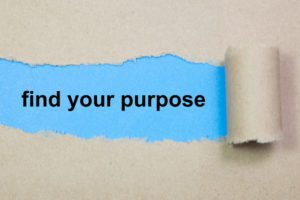 Over the past few years there has been a growing lifestyle movement amongst the Millennial and Gen Z groups called the FIRE movement. FIRE stands for Financially Independent Retiring Early. The basic strategy of this plan is to make and grow as much money as you possibly can early in life. Through aggressive investing, and keeping expenses to a bare minimum, the individual hopes to use the power of compound growth to build up significant amounts of wealth quickly, thus allowing them to retire far earlier than is typically expected.

At first glance this movement can appear quite responsible and appealing. I have written countless articles on the advantages of investing early and keeping expenses low. However, there is an unspoken motivation behind many who participate in this FIRE movement that may cause those who accomplish this lofty goal to not feel as satisfied as they originally expected that they would.

I believe many who join the FIRE movement do so because they have a view of work as somehow bad, or something to escape from as soon as possible. However, one of the things I have learned from the many clients we have helped get to retirement is the end of your work life does not necessarily equate to the beginning of happiness or contentment. Often the opposite occurs. Often retirees come to the realization that there are only so many fish to catch, courses to golf, or roads to travel. Soon after, many find themselves lonely or without purpose.

In fact, a study by Ameriprise Financial found that 69% of baby boomers are struggling to adapt to the change in their lives brought on by retirement. Two of the leading reasons they give for their difficulties are, missing day to day social connections, and finding purpose in their everyday activities.

If this is where too many seniors find themselves near the twilight of their lives, how much worse could it be for someone middle aged who has already retired and is going through a similar existential crisis? Imagine being in your early 50’s and feeling you have accomplished all that you will, and are now aimlessly going to live another 30-40 years. No thank you.

This might shock many of you, but work can be something that provides purpose and fulfillment to your life. But only if it is something that you love to do, and something that you feel serves a greater good. A paycheck, while for most of us is a necessary benefit of our labor, will never alone produce satisfaction. Those whose aim is to just make enough money that they never require another one, will too often be left feeling like something is missing in their life.

Noted psychologist and retirement expert Mitch Anthony explains in his book The New Retirementality that “because of outdated ideas around retirement, we have put the money cart ahead of the life horse” I think he is absolutely correct. Although there is nothing wrong with a desire for financial independence, the human experience must be about more than just being financially secure. It must be about having all of the elements required for living a life of meaning and purpose. Yes, one of those elements is work.

That is why I am calling for the FIRE Movement to be replaced with something I just created called the FLOP movement. (no jokes, it’s the best acronym I could come up with) FLOP stands for Fulfilled Life Of Purpose. This is what I believe young people are really searching for, even if they don’t know it.

I believe this is why Jesus spoke about money more than any other subject. He understood that human nature is to desire happiness, but to also focus on the wrong things in attaining it. His emphasis was always on relationships and service. I believe the example He gave is something we could all learn from. If we truly seek a Fulfilled Life of Purpose. We must make the decision to shift our attention away from ourselves and what we think will make us happy, and place that focus on others. Ironically, in doing that, we will actually obtain the thing that we actually seek.